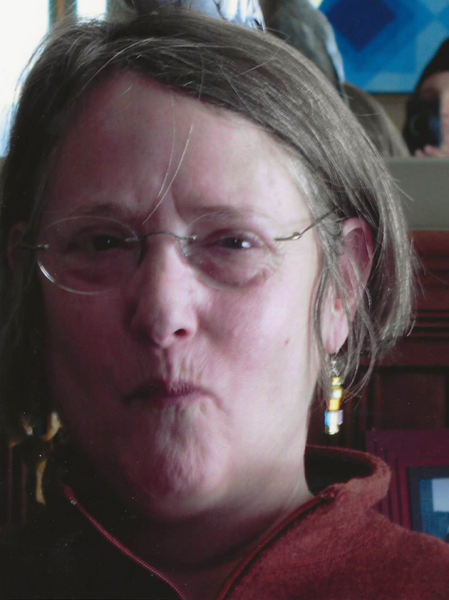 Sydney “Ditty” Greenleaf, 72, of Church Street in St. Johnsbury, VT, passed away on Saturday, May 4, 2019, at Northeastern Vermont Regional Hospital.

Ditty was born on October 15, 1946, in Portland, ME to Sydney and Edith (Youngling) Claman.  She was raised in Maine and graduated from Oak Grove Seminary for Girls in East Vassalbourough, ME with the Class of 1964.  In 1979, Ditty married Newcomb Greenleaf in Boulder, CO, where they were both studying Buddhism with the Tibetan teacher Chogyam Trungpa, founder of Karme Choling. Later they lived in Santa Cruz, CA and New York City before moving to St. Johnsbury.

The Shambhala Buddist community was very important part of Ditty’s life.  She had been a practicing Buddhist since 1971 within the Shambhala community and later became a student of Tsoknyi Rinpoche, a Tibetan Buddhist teacher.  An avid reader, while living in Boulder, Ditty founded a small bookstore within Vajradhatu (now Shambhala) which eventually grew into the Naropa University Library.

To order memorial trees or send flowers to the family in memory of Sydney Greenleaf, please visit our flower store.