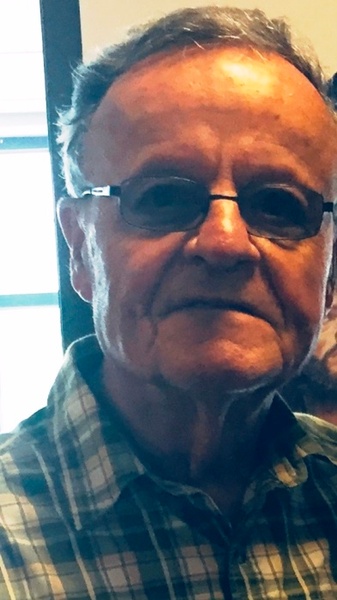 Tom was born on January 21, 1940, in Hartford, CT, son to the late Michael Kevin and Anne (McBride) Claffey who were Irish immigrants.  He was raised and educated in Hartford graduating from Hartford High with the Class of 1958.  He joined the U.S. Air Force and served in Taiwan, Texas and at the Radar Base in North Concord, VT.  It was his first post in VT where he met the former Sheila K. (Lyster) and married her on December 14, 1963, together sharing 55 years. Tom worked as a firefighter for the Town of St. Johnsbury for many years only retiring due to an injury.  He loved his job and made sure that he kept in shape for it; working out 5 nights a week. Over the years he enjoyed traveling and every April he took the family to Tierra Verde, FL.  He and Sheila recently visited Germany to visit the exchange student, Susanne, that they have kept in contact with from years past, and for his 70th birthday, he went to Costa Rica and had a great time Zip-lining where he got the nickname, “No Brakes Tom”.  Thanksgiving was his favorite holiday, the Red Sox his favorite team, but he was still a Patriots fan and loved seeing them win another trophy. He loved his granddaughters and his “grand-dogs” as Tom was a true pet lover.  He greatly missed his dogs: Moe and Milo and his cat of 20 years: Zeus.

Services and burial will be private.  In lieu of flowers memorial donations may be made to Dog Mountain, 143 Parks Road, St. Johnsbury, VT 05819 or at www.dogmt.com

To order memorial trees or send flowers to the family in memory of Thomas Claffey, please visit our flower store.