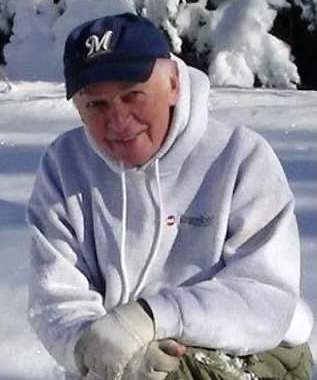 Thomas John Perrino (AKA: Tom, Tommy & Dad) died peacefully, October 10, 2021 at St. Johnsbury Health and Rehab where he had been residing.

An avid outdoorsman and sportsman alike, he has now embarked on the path of fully stocked fishing holes, peaceful rivers for those long casts and ballgames where his beloved Celtics and Red Sox are always announced the winners!

Born, August 24, 1938 in Ludlow, VT, Thomas shined as a baseball star, basketball sharpshooter and All State Player for Black River High School; State Champions 1955-1956.  He later went on to play basketball for the US Air Force.  Thomas studied at Castleton & Lyndon State Colleges and ran two successful businesses in Ludlow: An ARCO (Atlantic Richfield Corporation) Gas Station and a Ski Doo snowmobile shop.  He also made and sold fly fishing rods and flies.

He later moved to the Northeast Kingdom, where he became a well loved realtor & broker, first at Farrington Real Estate on the historic covered bridge in Lyndonville, VT and until retirement, Key Realty in the town center.

Thomas loved hunting, fishing, canoeing and had a soft spot for stray kitties, who more times than not managed to worm their way into his heart and home.  He was a kind and loving father and a man of few words except, when sharing tales of his many adventures, accompanied with his boisterous laugh, playful smile and twinkle in his eye.

The family will gather privately the weekend of November 13th, per his wishes, to pay their respects and to share memories.

His ashes will remain in Newark, VT.

To order memorial trees or send flowers to the family in memory of Thomas Perrino, please visit our flower store.