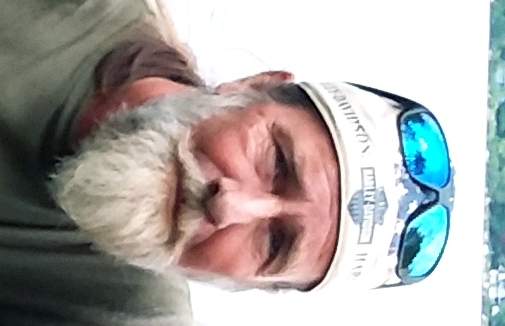 Tim was born in St. Albans, VT, on July 17, 1959, son to Pearl (Vanslette) and the late Leonel Cyr.  He was raised and educated in Highgate and Swanton, VT and was a regular Huck Finn. Tim was much happier skipping school to go fishing or exploring, and his love of nature never left him, continuing to hunt, fish and camp for years.  He served in the U.S. Army, was an excellent marksman and learned to run heavy equipment.  He liked to work with his hands, and carpentry and masonry were his trade.  In later years his hands turned out beautiful folk art and crafts that brought him an income. Tim loved animals and kids, was really a good person, a man proud of his Abenaki heritage and close to his Lord and Savior.

He was predeceased by his father, and a brother-in-law: Jim Ritchie.

Funeral Services will be held at 11AM on Tuesday, November 20, 2018, at the Passumpsic Community Baptist Church, RT 5 in Barnet, with Rev. Steven Clark officiating.  Burial will take place in the springtime at the St. Johnsbury Center Cemetery. There will be no Calling Hours.

Donations to assist the family with funeral costs may be made directly to Sayles Funeral Home, 525 Summer Street, St. Johnsbury, VT 05819 or Click Here .

To order memorial trees or send flowers to the family in memory of Timothy Cyr, please visit our flower store.