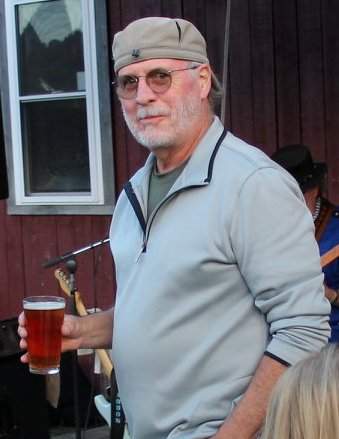 Tim was born in St. Johnsbury, VT, on February 19, 1950, son to the late Daniel David, Jr. and Ethelyn Mae (Curtis) Daley.  He was raised and educated in Lyndonville graduating from Lyndon Institute with the Class of 1968, attended Lyndon State college and served with the Vermont National Guard.  His first job was with the Caledonian Record for several years as a reporter and later became the Purchasing Agent for Mardon Industries and also with Vermont Aerospace totaling over 20 years. He became manager of the East Burke Market in 2002 and after retiring Tim became the Harbormaster in Newport at Lake Memphremagog in the summers and worked at Burke Mountain as a lift attendant in the winters. Most recently he was a parts driver for Fisher Auto Parts in St. Johnsbury.  Tim had a tremendous love of photography, enjoyed alpine skiing, and especially loved taking many Sunday afternoon rides and cross-country trips with Becky.

He is survived by his beloved wife of 38 years, Becky (Henderson) Daley of Lyndonville, daughter: Kelly Daley Patton and husband, Ken, and their son: Logan, all of Hollywood, MD, his 4 siblings: Daniel D. Daley, III and wife, Kathy, of Lyndonville, Diane Stahler and husband, Michael, of Lyndonville, Sue Mary Lunna and husband, Henry, of Newport, VT, Elston “Eddie” Hawkins and wife, Gerry, of Lake City, FL, a brother-in-law: Robert Henderson and wife, Melanie, of Sierra Vista, AZ and several cousins, nieces and nephews.

Friends may call on the family for visiting hours from 2-5 PM on Saturday, March 9, 2019, at the Guibord-Pearsons Funeral Home on the corner of Main and Center Streets. There will be no other services at this time.

Memorial contributions may be made to the Lyndon Rescue Squad, 114 Vail Drive, Lyndonville, VT 05851.

To order memorial trees or send flowers to the family in memory of Timothy Daley, please visit our flower store.