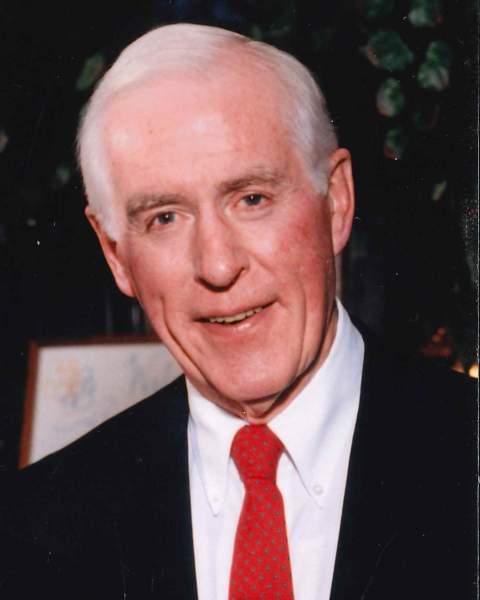 Walter John “Bud” Burke, age 85, of Spruce Street, passed peacefully Early Thursday morning, September 8, 2022, with his family beside him. Bud had suffered from Alzheimer’s for 11 years but was able to remain home throughout with his beloved family.

Bud was born in Burlington, VT, on June 20, 1937, the son of the late Walter John and Marguerite (Charland) Burke.  He attended school at Mount Assumption in Plattsburg, NY and graduated from Burlington High School in the Class of 1957, continuing later for his Associates Degree at Champlain College in 1963. He married Joanne E. Delaney on June 19, 1965, sharing 57 years together.

Walter worked for Fairbanks Morse and later at EHV Weidmann in sales & purchasing for many years, afterwards starting his own business, Twin State Sales, retiring in 2012. Bud enjoyed walking with Finnegan, his Labrador Retriever, times spent at camp on Lake Dunmore and kayaking there as well. Driving his 1987 MG London Roadster was always a joy. He enjoyed snowshoeing, traveling that included a trip to the Emerald Isle, visiting museums, reading, hiking, biking, skiing, puttering around the house, playing tennis and enjoying his family and friends. Most of all, spending time with Joanne, the love of his life.

He was predeceased by his parents, his brother: James E. Burke and his nephew: Sean Delaney.

Memorial donations may be made the Fisher Center for Alzheimer’s Research, FDR Station, PO Box 220, New York, NY 10150, or to your local animal shelter.

A Mass of Christian Burial will be celebrated at 10AM on Friday September 16th at St. John the Evangelist Catholic Church, 49 Winter Street in St. Johnsbury with Fr. Lance Harlow as celebrant. Interment at Mt. Pleasant Cemetery will be private at a later date.

The family gives their heartfelt thanks to the angels who work for: Hands at home Healthcare,  Caledonia Home Health & Hospice, the St. Johnsbury Fire Dept., Police Department and Calex Ambulance. “You have all earned you wings!”

To order memorial trees or send flowers to the family in memory of Walter J. Burke, please visit our flower store.