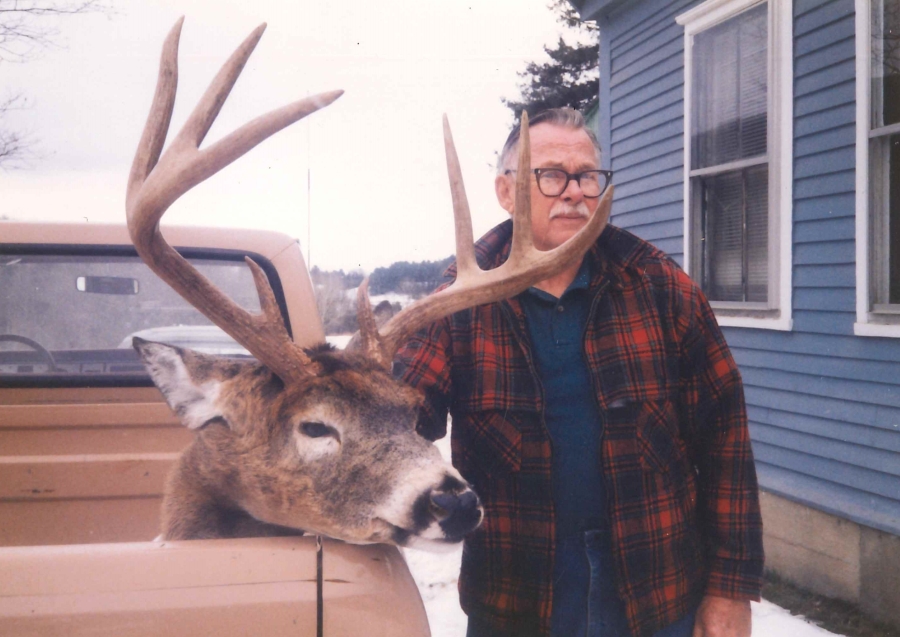 Walter Edward Rodgers, Jr. formerly of St. Johnsbury Center, passed away at the Pines Rehab & Health Center in Lyndonville, Tuesday evening, January 18, 2022; he had resided there for the past 2 years.

Sonny was born in St. Johnsbury, VT on January 14, 1931, and just reached his 91st birthday.  He was the son to the late Walter, Sr., and Clara Eva (Wilkinson) Rodgers, and lived all his life in the area.  He graduated for the St. Johnsbury Trade School and worked at Fairbanks Scales for 40 years, starting in the foundry and later in shipping and receiving.  He married Shirley Ann Brigham on August 17, 1957 and shared over 59 years at the time of her passing on November 29, 2016.  They spent time together with the family often at their camp in Victory where he loved spending time with his kids and later the grand and great-grandkids.  Throughout the years Sonny enjoyed fishing and hunting, mostly deer season, taking the state record once with the largest antler spread.  He enjoyed gardening, with multiple gardens with his kids helping him. Most sports were an easy hobby for Sonny to enjoy, but he was a huge hockey and baseball fan, with the TV on most any game.

Sonny is predeceased by his loving wife Shirley and his granddaughter Sarah Jean Leach.

A Graveside Service with interment of Walter and Shirley will be planned in the spring for 2PM on Saturday, May 21, 2022, at the Grove Cemetery in East St. Johnsbury. There will be no Calling Hours.

Memorial contributions may be made to the Alzheimer’s Association in Shirley and Walters’ names, VT Chapter, 75 Talcott Road, Suite 40, Williston, VT  05495.

To order memorial trees or send flowers to the family in memory of Walter Rodgers, please visit our flower store.