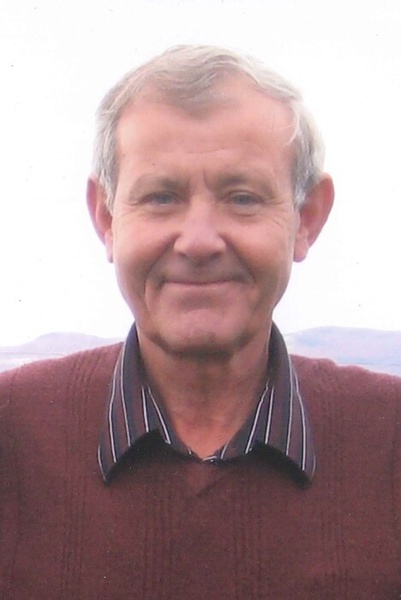 ***UPDATE*** The families of June Piper and Wayne Piper will hold a graveside service on Friday, September 10, 2021 at 12pm at the Lakeview Cemetery located on North Main Street, Wolfeboro, NH.  Family and friends are welcome to join the service for both mother and son.  Sayles Funeral Home is assisting with the burial service.

Wayne was born in Wolfeboro, NH, on October 9, 1947, son to the late Norman Howard and June Beatrice (Kenneson) Piper.  He was raised and educated in Wolfeboro; graduating from Brewster Academy in the Class of 1965.  He apprenticed in New Hampshire and studied Mortuary Science at the New England Institute in Boston.  In 1969 he joined the U.S. Army and served in Vietnam working in Mortuary Support until 1972 and served in the Reserves until being Honorably Discharged in 1975.  He returned and continued his calling and in 1974 he moved to St. Johnsbury, apprenticing under Wes Calderwood for his Vermont Funeral Directors License. On October 5, 1985 he married Elizabeth Ann Marlin.  He owned and operated Calderwood Funeral Home on Eastern Avenue until retiring from the funeral trade. He and Beth purchased Kitchen Land from Earnie and Linda Guyer operating under the new name, Appliance Land in 1991. Wayne then worked as mail handler at the WR Jct location for many years until taking on a training position at VT Associates in St. Johnsbury where he eventually became the Regional Coordinator.  Over the years Wayne was active in the Kiwanis, serving for several terms.  He was also President of the VT Funeral Directors and Embalmers Association in 1981.

Wayne loved golfing, waterskiing, and league bowling.  He was a member of Grace United Methodist Church and was very loved and respected by many friends and colleagues but none more so than by his family.

We are richer for having had him in our lives.

A Service will be planned at Grace United Methodist Church with Military Honors for Sunday, June 6th, 2021 at 2pm.  Interment will take place at Lakeview Cemetery in Wolfeboro, NH in the future.

Memorial donations may be made to either Grace United Methodist Church, 36 Central Street, St. Johnsbury, VT 05819, or Fisher House Foundation (www.fisherhouse.org) to support Veterans and their families.

To order memorial trees or send flowers to the family in memory of Wayne Piper, please visit our flower store.