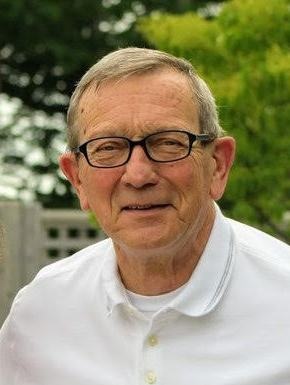 William “Bill” Kennedy passed away at Avita of Stroudwater in Westbrook, Maine on November 12, 2019. He was born on November 13, 1939 son of the late John and Anna (Loline) Kennedy. He graduated from Benhi in 1957. He served six months active duty and was then a member of the National Guard for several years. He married Bette Baker on August 30, 1962.

Bill was an active member in his community and for his many contributions; he was chosen Citizen of the Year in 1987. He was a long time member of Kiwanis where he served in many capacities. He was a member of the Elks Lodge #1343. He was manager at Hovey’s Men’s Shop from 1966 until its closing in 1995. The most rewarding position he held was as an Assistant Side Judge for Caledonia County.

Survivors are his beloved wife of 57 years, Bette, his daughter Connie and her husband Jeffrey Clouatre of Westbrook, ME, grandsons Tayler and Trever, brother Frederick and his wife Shirley of Bennington, VT, sister Helen of CA., many nieces and nephews. Bill was predeceased by brothers John and Robert, sisters Eleanor and Jean.

A memorial service will be held at Guibord-Pearson’s & Sayles Funeral Home at 525 Summer Street in St. Johnsbury on Sunday, November 24 at noon with John Sleeper officiating. There will be a celebration of Bill’s life immediately following at the Elks Lodge on Western Avenue for those wishing to greet his family. Committal will be at Mt. Pleasant Cemetery at a later date.

To order memorial trees or send flowers to the family in memory of William Kennedy, please visit our flower store.