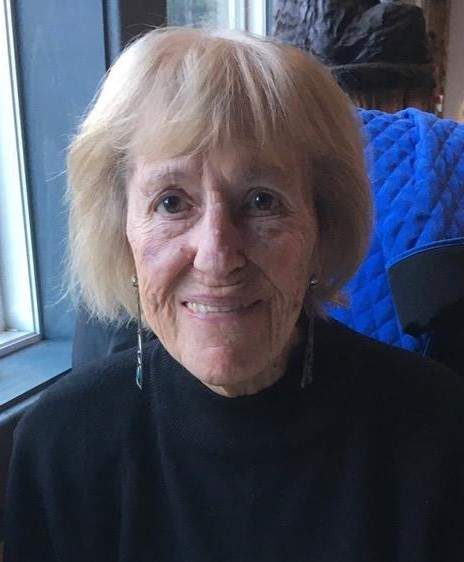 Waja was born in Amsterdam, NY, on September 11, 1924, daughter to the late Julian and Maryja (Pawlowska) Popiel.  She was raised and educated in Amsterdam and married J. Raymond Giroux in 1947. On the night of their wedding, they started a journey by bus to Flagstaff, Arizona where they resided until Ray finished college.  Ray began his career at GE in Schenectady, New York, they were transferred to Burlington, VT and they lived in Shelburne for several years.  They were transferred to Mississippi with GE but after a few years decided they wanted to come closer to home and moved back north to Mystic CT living there for more than 40 years.

Waja was a homemaker all her life, raising their daughter, Julianna, whom they adopted through Catholic Charities in Burlington.  She loved going out to eat but was mostly a homebody who kept an immaculate house. Waja was very faithful to her church and was a member of St. Mary’s Church in Stonington, CT and  Corpus Christi Parish here in St. Johnsbury where she has resided since 2015.

She was predeceased by her husband, J. Raymond Giroux in 2017, her daughter, Julianna Cofone in 2014, her sister and brother-in-law Lottie, (Edmund) Galka and sister-in-law: Jane Popiel.

A Mass of Christian Burial will be celebrated at St. Stanislaus Parish on Saturday, October 2, 2021, at 9:00 AM, Amsterdam, NY, with Fr. O. Robert DeMartinis as celebrant. Burial will follow at St. John’s Cemetery in Amsterdam with interment of J. Raymond and their daughter, Julianna.

To order memorial trees or send flowers to the family in memory of Wladyslawa "Waja" Giroux, please visit our flower store.